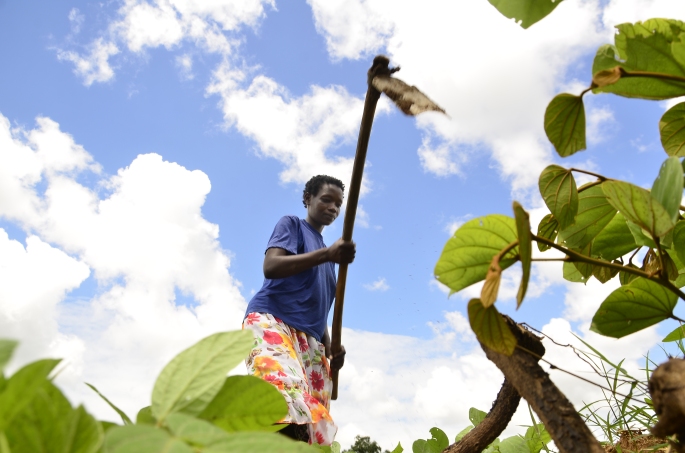 Three weeks ago I was in Lira, northern Uganda working on what justice means for women in a post conflict community. When we think of justice, agriculture might not be the immediate thing that comes to mind but here we were here listening to women who a decade after the conflict ended are unable to feed their families.

In Sub-Saharan Africa, women make up 50 percent of the agricultural labor force, but manage plots that are roughly 20-30 percent less productive. And land rights remain a sticky issue in northern Uganda for all but specific challenges remain for women.

In Uganda women more than men at 76 percent versus 62 percent work in farming. For women in post conflict communities productivity is limited due to various reasons and trauma as we heard was one of them. A lot of women and men who experienced violence over the 20 year LRA were sent home at the end of the conflict to go back to till lands with no support.

END_OF_DOCUMENT_TOKEN_TO_BE_REPLACED

The Media Institute of Southern Africa’s (MISA) flagship publication, So This Is Democracy?: State of Media Freedom in southern Africa was an insightful read this week. The report notes that African governments are increasingly exploiting the “national security” discourse to introduce regressive interventions and that somehow we are in a new area of “contestation between the state and advocates for freedom of expression and access to information and media freedom.”

More and more governments are moving to regulate the internet, but worse are those governments like Uganda who are seeing blanket internet interruption and social media shutdowns a card to be used every few months.

Half way into 2016, Ugandans have so far dealt two social media shutdowns in the country where the President Yoweri Museveni won a controversial re-election to extend his rule beyond 30 years. Today the ability to bypass a cyber wall has become an essential skill to have as a Ugandan.

END_OF_DOCUMENT_TOKEN_TO_BE_REPLACED

A few nights ago I came across this article from Acholitimes about a male survivor of rape from northern Uganda.

END_OF_DOCUMENT_TOKEN_TO_BE_REPLACED

But someone will ask where is the wound

Are you blind? And even if you were, the air would have whispered to you

If you aren’t blind, can’t you see it on the streets of Kampala?

Don’t you listen to the radios? Did you hear that person telling us

‘At least you are bleeding in peace’

But if I put many questions someone will say no evidence

Not in that intentional, malicious kind of way

But open wounds don’t get into these details of intent

For there’s no substantial evidence to support any of this.

All the wound cares about is the pain reintroduced

END_OF_DOCUMENT_TOKEN_TO_BE_REPLACED

On Thursday 18, many Ugandans woke up enthusiastic, ready to put months of campaigns behind them and choose a new president and a parliament. The voting was scheduled to begin at 7:00 am and end at 4:00 pm. So at dawn, many set out to line up and cast their vote in an election recent opinion polls had projected to be the closest since President Yoweri Museveni took over power in 1986.

But before the poll opening hour, most of Uganda was locked out of Twitter, Facebook and WhatsApp in a move the government regulatory body and the Ugandan Army Spokesperson came to defend as a response to ‘security threat.’ Over 7 million people use Internet daily in Uganda and WhatsApp is the fastest way of sharing information, cheaply around the country. Cutting these channels off sparked alarms on the intentions of state security and the Electoral Commission. Also Mobile Money services were taken down, leaving some Ugandans stranded as this is the quickest way many Ugandans send and receive money from relatives.

END_OF_DOCUMENT_TOKEN_TO_BE_REPLACED

Uganda is set hold presidential and general elections on February 18. Eight candidates are vying for the seat but the campaign is more of a three-horse race between incumbent President Museveni, leading opposition figure and Forum for Democratic Change (FDC) candidate Kizza Besigye and former Prime minister John Patrick Amama Mbabazi. The last four elections conducted during President Yoweri Museveni’s 30 years in power have all been marred with irregularities and violent incidents.

Less than a month to the vote, an increasing climate of fear  hovers over the country. The Uganda Police has recruited about 11 million crime preventers whom critics say are more or less a standby government militia to be used in case things don’t go well for the regime. Besigye’s party FDC says it has 10 persons per village ready to guard their vote and he continues a message of defiance that is not fully explained. Amama Mbabazi at rallies has emphasized that his go-forward team is ready to defend the vote.

END_OF_DOCUMENT_TOKEN_TO_BE_REPLACED

The Bandiagara plateau in Central Mali has been hit by repeated droughts. Climate change is making the weather unpredictable, resulting in poor harvests and increased malnutrition (Photo: Irina Mosel/ODI, Creative Commons via Flickr

For the next two weeks, world leaders, business leaders and civil society are in Paris at the COP21. Uganda is one of of the ‘least developed countries’. It is one of the most vulnerable to climate change yet like many LDCs emits least.

For the world’s Least Developed Countries (LDCs), the outcome of the Paris climate talks (COP21) is crucial. Ahead of COP21 in Paris, I worked with IIED’s LDC Independent Expert Group (IEG) of which I am a member to hear voices from LDCs in this  series of interviews with political leaders, experts and civil society representatives from nine of these countries to about the situation they face, and their hopes for a Paris deal.

The Least Developed Countries have contributed little to the global tally of greenhouse gas emissions, but many have submitted plans ahead of the United National Framework Convention on Climate Change (UNFCCC) Conference of the Parties in Paris (COP21), detailing their intended actions on climate change (INDCs). 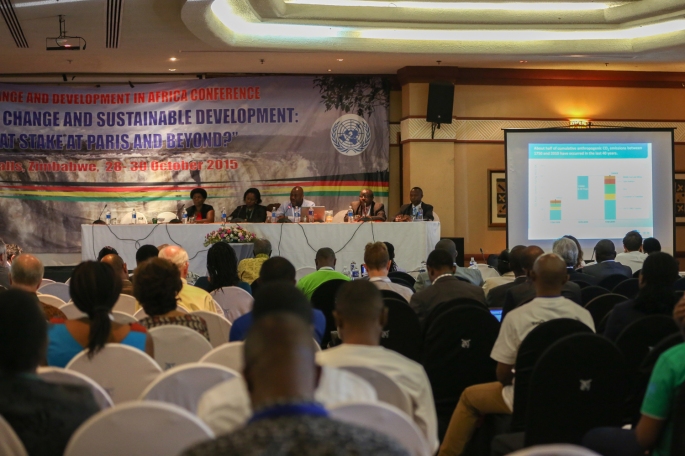 Between November 30 – December 11, the 21st session of the Conference of Parties (COP21) to the UNFCCC will be held in Paris. A new climate protocol to succeed the Kyoto Protocol is to be reached by world governments.

African governments, negotiators, civil society met in Victoria Falls Zimbabwe between 27-30 October at the 5th annual Conference on Climate Change and Development in Africa (CCDA-V) to work on various positions ahead of the Paris talks. The CCDA is hosted the UN Economic Commission for Africa (UNECA), African union Commission (AUC) and AfDB and this year was under the theme “Africa, Climate Change and Sustainable development: What is at stake at Paris and beyond?”.

There was a charge that lack of political strategies pause a hurdle for African countries to achieve fair deals from UNFCCC talks. Many speakers also cautioned that even if African countries have submitted their Intended Nationally Determined Contributions (INDCs) or post-2020 national climate action plans where governments will pledge their contribution to curbing down Green House Gas emissions with mitigation targets, they shouldn’t lose the sight of adaptation.
END_OF_DOCUMENT_TOKEN_TO_BE_REPLACED

Horrified like most Ugandans by Police actions against opposition politicians, I join concerned Ugandans and echo this call to sanity. 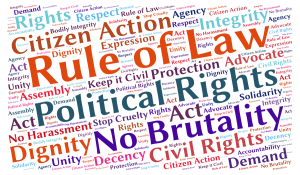 STATEMENT FROM UGANDANS
DEMANDING AN END TO POLICE BRUTALITY

RE: POLICE BRUTALITY AND VIOLENCE AGAINST WOMEN AHEAD OF 2016 UGANDA ELECTIONS

We, concerned citizens of Uganda,
Outraged by the recent brutal actions of the Uganda Police towards opposition politicians and supporters

Mindful that Uganda’s General elections are four months away

Appalled that our Police has exhibited that it is ill-prepared to ensure law and order in an impartial, non-discriminatory and civil way

Do address you as follows:

END_OF_DOCUMENT_TOKEN_TO_BE_REPLACED

On September 1, Al-Qaeda-linked al-Shabaab militants briefly seized control of an African Union after ramming a suicide car bomb into it.The attack took place at the AMISOM base in Janaale.

First diplomatic sources reported over 50 soldiers had died and then Somali military sources said 37. More than 48 hours after the attack on September 03, Uganda’s army spokesperson Lt. Col. Paddy Ankunda tweeted that the estimates of more than 50 was a lie.Finally he told the nation that only 10 Ugandan soldiers had died in Somalia.