La Pirogue, a film by Moussa Toure was first screened at Cannes festival today. The Director Mr. Toure and the part of the cast arrived at the venue accompanied by a man who has held the Senegalese flag for decades through his music, Youssou n’Dour.

Youssou n’Dour, one of the most popular Senegalese alive, is now the Culture minister after his failed attempt to run for presidency early this year. Before the film Toure told the audience, “with this film as a small African boy I feel I am making my mark of history.”

La Pirogue (Shallow canoe used for fishing) in French mostly features Senegalese model, Comedian and actor Souleymane Seye Ndiaye who plays the character Baye Laye who leads a group of 30 illegal immigrants on a deadly journey across the Atlantic to Canary Islands.

There aren’t many things that can beat wrestling in popularity in Senegal. The Senegalese wrestling is well developed and a game handed down from generations and Toure could find no other event to welcome his viewers to Senegal than a wrestling game. At the game is where many the men are planning the journey to their dreamland – Europe where they expect success.

Before the journey begins few of the soon-to-be migrants have thought of the journey itself, the emphasis is on what they will become. Baye will leave behind a wife and a son who badly wants his father to buy him a Barcelona jersey. 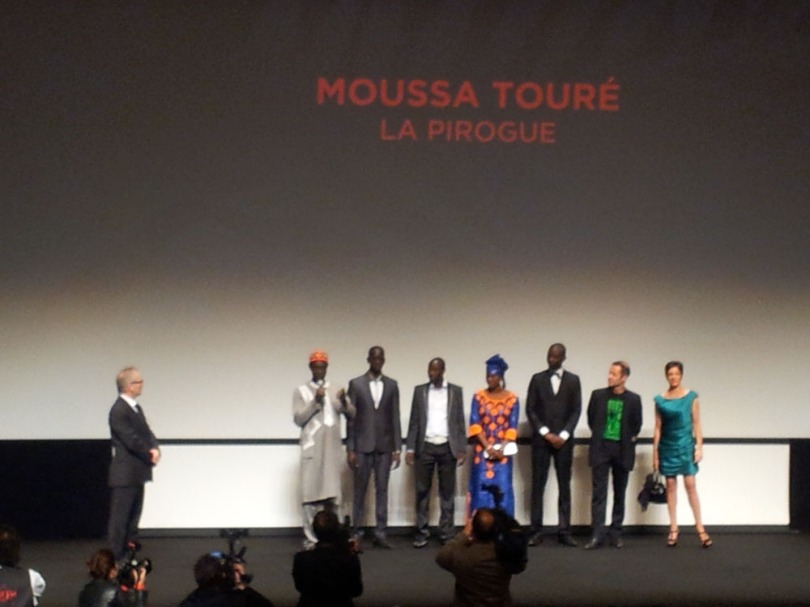 Baye is hesitant to go but his young notorious brother Abbou is not. Abbou has dreams of being a musician once he gets to Paris and he even has a latest iPhone. Abbou says he is a son of a fisherman and sees no reason to hesitate to take this journey. There are a few middlemen who get money from the men destined to Atlantic.