Last week it was the Daily Monitor editors who were summoned by police on charges of forgery and uttering a false document over the publication of President Museveni letter on politics in Bunyoro in July which has been widely seen as tribal.

One of the editors Daniel Kalinaki said: “Our journalists acted in the public interest and reported the best obtainable version of the truth. These charges, which are completely false, are only meant to divert attention away from the controversial contents of the letter.

But apparently it seems the government is not only looking at the Bunyoro issue but rather stories that will have real implication on the elections as Museveni who has been in power since 1986 seeks to extend rule in Uganda come 2011.

Yesterday the police summoned The Independent editors over a cartoon that they claim to be “seditious publication” under the Provisions of Section 27A of the Police Act.

Here is the Cartoon. 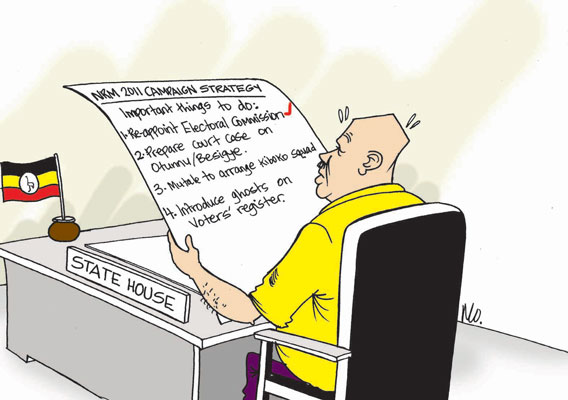