Ugandan journalists and activists working outside Kampala face some of the worst threats and sometimes these threats go unreported. If the stories are reported, they generally don’t receive the same hype as the arrests or mistreatment of those that are Kampala based.

Uganda Communications Commission (UCC) working with security operatives have been at the center of threating freedom of expression of Ugandans upcountry. Every now and then a talk show host is threatened or kicked out of job for opinions that are everyday broadcast on stations held in the capital.

Opposition candidates are finely denied airtime to articulate their side of politics on radio stations outside the city. Most Ugandans upcountry whom the current government largely depend on radio. This makes the job of a radio journalist riskier.

On May 08, a Radio Political Talk show host James Kasirivu of the popular “World Express” program on Mbarara based Endigito Radio station was arrested. Kasirivu was picked up by plain clothed security operatives, first detained at Mbarara Police station in Western Uganda before being transferred to infamous Special Investigations Unit (SIU) in Kireka, Kampala.

Human Rights Network for Journalists-Uganda (HRNJ-Uganda) says  security operatives did not tell Kasirivu what crime he had committed offence, and neither did they allow him to call his relatives or lawyer. Kasirivu was held for one night and was driven back to Mbarara in the night.

Kasirivu told HRNJ-Uganda that one of the officers threatened him with shooting once he asked why he was being held. HRNJ-Uganda in statement said Kasirivu was accused of obtaining about Shs 870 million equivalent to US $ 348,000 from a certain herbalist. When asked the head of SIU Chelimo Beata told HRNJ-Uganda that Kasirivu was implicated in the conning of money from a certain woman of about Ug. Shs 400 million equivalent to $ 160,000.

Sources told HRNJ-Uganda that “Kasirivu has been stopped from mentioning anything to do with Ugandan current affairs –be it politics, economics or social issues in his daily program ‘World Express’ which highlights currents affairs happening around the globe. Kasirivu’s show was previously shut down after receiving numerous warnings from the UCC.

Ugandan security forces have given themselves a right to hold Ugandan citizens incommunicado. Sometimes people are held for months in these units without charge and Kasirivu’s case could have gone unreported. 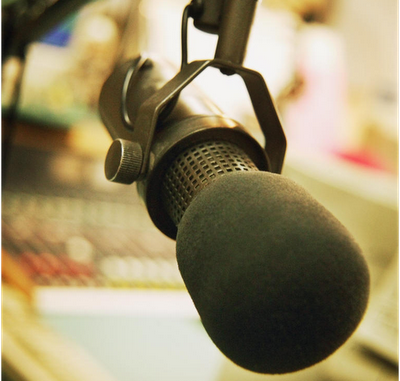 There are a limited number of critical shows that serve most of rural Uganda. Most radio stations upcountry are still owned by NRM linked businessmen, ministers and government officials. This means the critical debates that urban communities in Uganda are treated to everyday are a rare thing for rural Uganda.  Not much is available online about the radio man who’s known as ‘The Great’ whose show is well respected in south western Uganda districts. A facebook page for the show that Kasirivu runs has 116 followers https://www.facebook.com/groups/170672033058793/

For a government that seems to be using all means necessary – including trying to expel MPs from parliament- to shut up divergent views, talk show hosts like Kasirivu are perceived as a threat.  Their role in imparting knowledge in the rural populace can’t be welcomed by a government that benefits from such information gap.

These arrests and intimidation are not a new project they have been here for sometime, the only difference is the tougher the road gets for NRM, the rougher their means become.

The police has also been on the tail of activists behind the Black Monday Movement.  Six members of the civil society-led campaign that preaches against corruption in public offices were arrested in February for allegedly distributing flyers. The Police asked the campaign to register their publication. The team has moved on the look into audio messages. The Police ruled that the campaign messages were “inciting.”

Like my teacher and journalist Bernard Tabaire wrote in Daily Monitor “Every constitutional lawyer who passed exams thinks the NRM leadership has taken leave of its brain. That is sad. Kind of.”

Tabaire’s may have been referring to efforts to expel MPs from the house, but with such intimidation of people like Kasirivu and Black Monday campaigners the statement fits many actions of our government.