I had spent two nights -one in Nairobi and another in Bangkok thanks to Kenya Airways great service. So I arrived in Yangon whn over 200 Young Global Leaders had already immersed themselves in great discussion and I had to catch up.

1: Learning about Turkey in Myanmar

On my second day in Myanmar we visited a training institute for young leaders to discuss public leadership. One of the great presentations came from Turkey.  We were at an organization called Egress to exchange ideas on democracy and transitions. So I learnt that though Turkey has had free and fair elections, ethnic disputes and separatism have not gone away. Our presenter Umit left a couple of points for our hosts and I.

I found these lessons not only relevant for Myanmar but also applied much to Uganda. I was amazed by the Myanmar youth who shared with us what they thought their government should make priority. Peace and security was high followed by education and political inclusiveness.

Knowing the country has been under military rule, which divided the country, and made it impossible for citizens to shape the future of the country, I found the youth spoke freely and were enthusiastic about these changing times in Myanmar

When you are from Africa and you travel it is a miracle not to encounter people who have loads of questions for you especially the kind that are ignorance but want to look informed.

So my moment came at dinnertime. You know it is the World Economic Forum Young Leaders program with very enterprising and great minds working on various solutions helping communities. And at some point during dinner a Chinese person comes up to me, introductions are quickly done. Next am told about a safari the person had in Kenya. I am thinking well not a bad one! I can get through the talk about animals.

The animal stories you know can’t last that long. Next the person leans closer and in a very pitiful tone asks: So how is Uganda? I quickly respond, it is ok. In the same tone another question comes, Do people there have food?

It is in such moments you can’t find your anger or the humorous side of you, you are basically stunned.  I smile and tell her, sure!  I make sure that is the last question I would entertain

3: Nay Pyi Taw, a city with no character

It was very difficult for me to pronounce or even imagine the pronunciation of the capital of Myanmar. And then I arrived in Yangon and I got lessons. I had thought trying to learn how to say (Neyipida) was difficult but the city itself proved to be more difficult to understand. We were in Nay Pyi Taw for 3 days- all day meetings.

I kept thinking if one was abducted and thrown on one of the streets of Nay Pyi Taw they would take very long time to realize they are in an Asian country. The military rulers headed north of Yangon –which is on the water- at the height of military rule when Myanmar saw loads of sanctions in 2005.

It was a lonely regime isolated by the world and they chose a lonely place to put their new capital. Not a bad idea, only that you have to move all workers from 200 miles away in Yangon to the new capital with not much facilities.

We slept in new hotels that were already crumbling and no much service. I suspect we were the first ones to use the big airport at Nay Pyi Taw.

At the end of three days I felt like I had spent a month in a city with no character, where you hardly see locals and all buildings and roads are new! And the road to the Presidential palace is 8 lanes which you wont find anywhere else in the country.

4: “Respect is better than admiration.”

The moment you breathe the same air with a great woman! Some moments in life just present themselves and then you have to take them. On Friday 7 June, I got to be part of a group of Global Young Leaders to meet Nobel Peace Laureate Aung San Suu Kyi in Nay Pyi Taw at the World Economic Forum for South East Asia where she also presented in a couple of sessions. 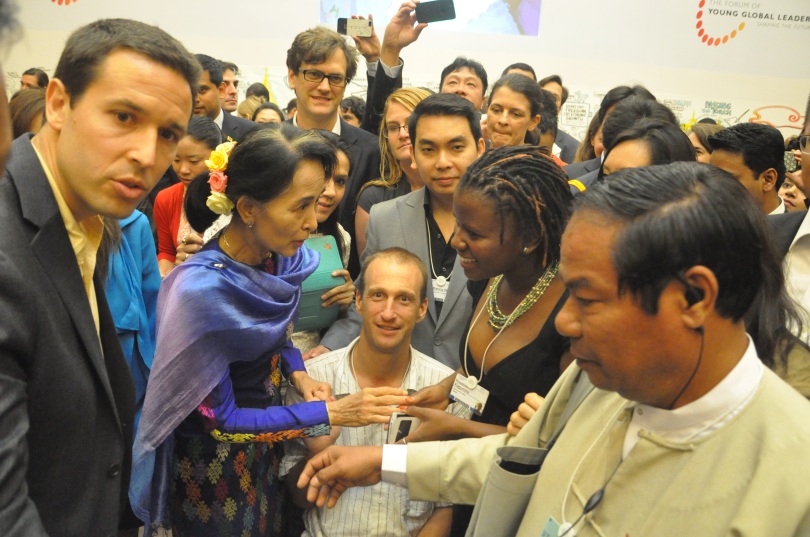 All I got is Aung San Suu Kyi is a very self-conscious woman, aware of where she’s from and why she is where she is.  She is as gracious in person as she appears in all TV news clips I have watched during her house arrest and in the movement for democracy in Burma/Myanmar.

She’s a very inspiring and most Myanmar people see her as the future leader of the country.  Below are a couple of statement gathered in various sessions:

You can’t divorce political progress from economic progress! Not in the long run.

On why she never fled Burma: If there were just one other person in Burma working for democracy then I would still stay. I wasn’t just working for myself alone

It is not power that is everything, it is about intelligent government. We should ask, how far am I responsible for the position am in, than to say who put in this position?

I was privileged to have to ask her a question and also shake her hands! Momentous! Most people are hoping she gets to lead the country in the … Her father Aung San was responsible for bringing Burma’s independence from British colonial rule , but was assassinated six months before independence.

5: KK, the most humorous dude

Back in Yangon I had an extra day and was invited together with two other young leaders to a talk show on SKYNET – a pay TV channel in Myanamar.  Talk show host KK is the wittiest person I met on this trip. We spoke about the role of youth in governance and their position in new Myanmar. We were also with his co-host a young man who well known among Myanmar youth.

According to KK, three things to know about Myanmar:Myanmar people are always smiling. You to take time to figure out if they like you or not; Myanmar people never ask why – “because we don’t know the answers ourselves”; Do not say no to a generous gestures. Those are simple rules KK gave me! 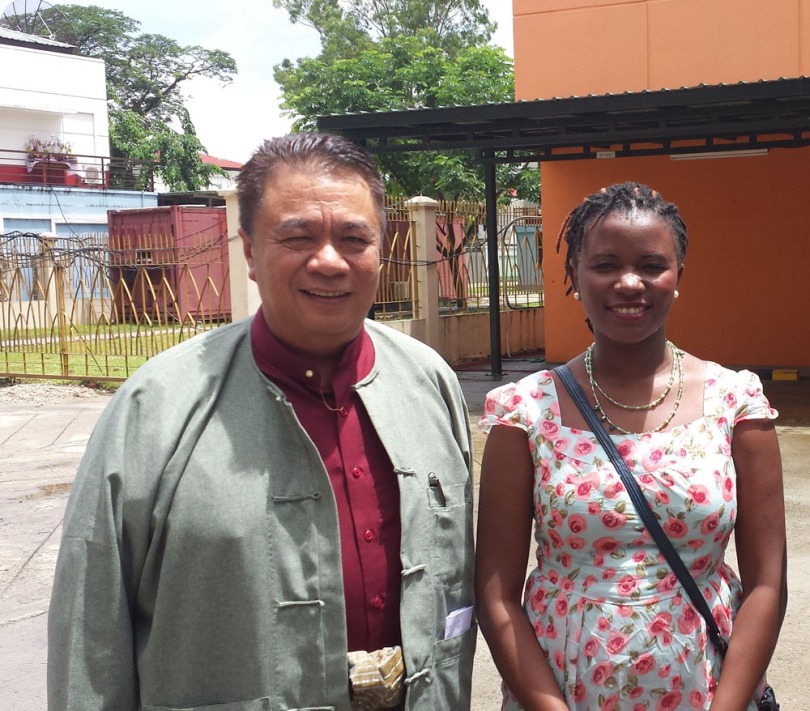 6: They died for all free men?

A Myanmar friend from graduate school had seen my updates on Facebook and she wrote to me wondering if I still had time in the country. We linked up on a Saturday and paid a visit to the Taukkyan war cemetery where the soldiers that fought the Japanese are rested.

There are over 6000 graves of British, Indian, African and Burmese people. Britain in trying to stop Japan’s advance towards their Indian colony had enlisted Africans to go and fight on their side in the Second World War.  The African soldiers, medics and other professionals came from Nigeria, Ghana and East Africa.  This role of Africans in WWII is often ignored on the world stage.

In Uganda and other African countries that fought on the British side, there are a few surviving veterans of the WWII. In 2010 CNN did interview some Ugandans .

Tuakkyan, the largest of the burial sites, is about 40 minutes drive from Yangon. There are graves of unknown soldiers written on “Known unto God.” The others are with names that you can tell are Kenyan or Ugandan or West African. And lists of names are on the pillars at the cemetery.

Legend has it that the name Waragi (the best gin out of Uganda if you don’t know already) was brought home by Ugandan fighters who came back from Burma. They had drunk gin during the war and when came back home the waragi tested like war gin and the name Waragi (War-gin) came into existence. This is just a story and I am not sure about its authenticity.

Standing at the cemetery I wondered how fascinating these young men between 18-30 must have found Burma in 1940s. How they had been thrown in the middle of nowhere that far from home! And how much information had they been given before they left and what really kept them going.

High up, there’s writing on the wall “They died for free men” and I found myself questioning that. By the time these young men fought, their countries were still colonized by Britain whose war they were fighting in Burma. It was shortly after taking part in this WWII that the struggle for independence was at its highest. So may be these African men never died for free men They died for the colonized but ironically with one colonizer against another.

7: It is not called the golden land for nothing

On my last day I paid a visit to the Shwedagon Pagoda. It is golden and beautiful. “Shwe” means “gold” and “Dagon” is the ancient name for Yangon city. The 99m high Pagoda dominates the skyline of Yangon and not visiting this it is missing the Burmese beauty that traverses centuries.

“The Shwedagon Pagoda sits upon holy Singuttara Hill. To understand the reason why this hill is considered so holy, and to grasp the significance of the Shwedagon to Buddhists and to the people of M.yanmar, it is important to know both the history and the legends of how it all came to be.” Read more

My guide made sure I get to know the day I was born and then sprinkle water on Buddha for Saturday borns.  Read more about the history and significance of this world wonder! The country is changing but this wonder will not stop amazing its visitors! 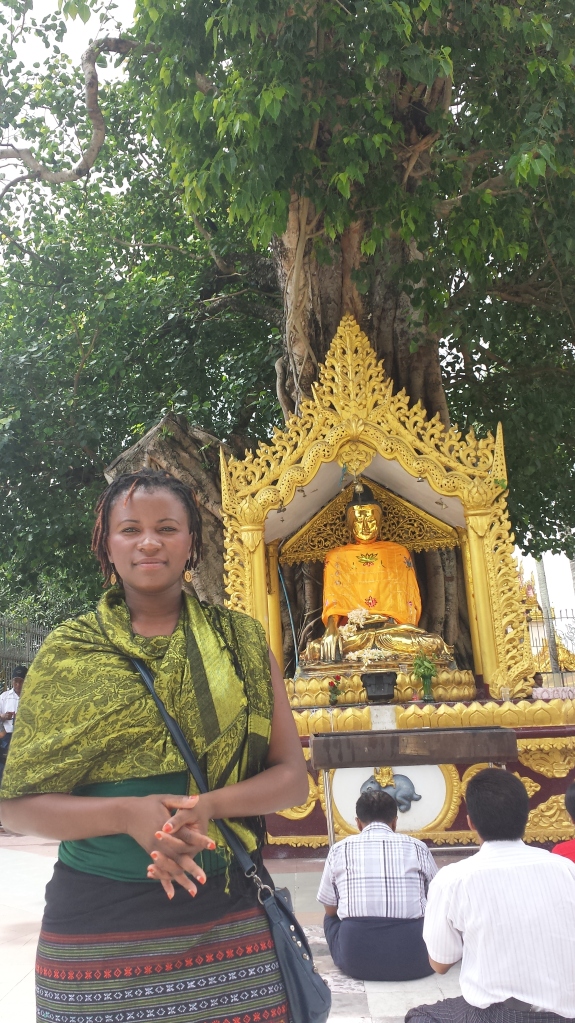 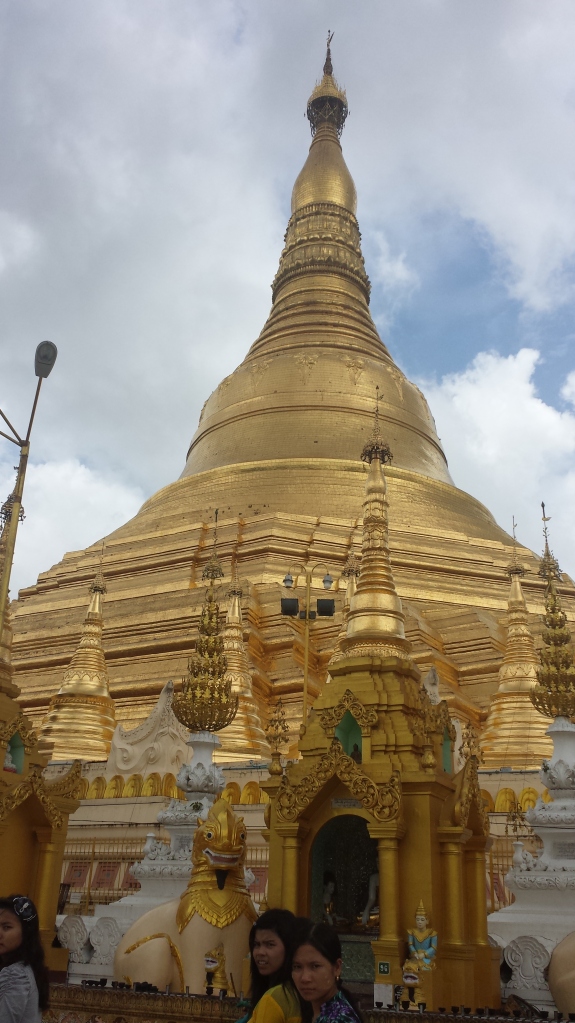 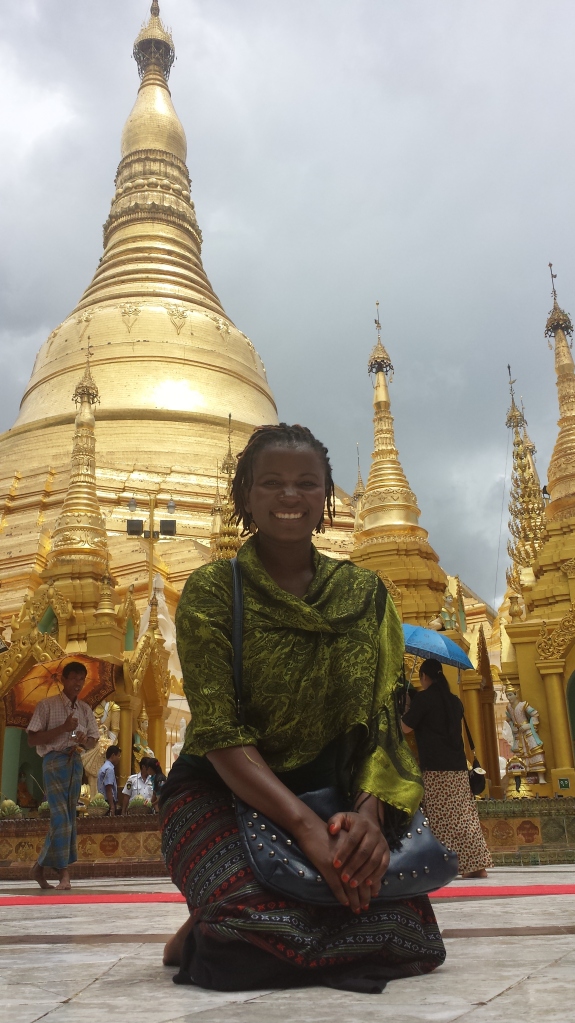 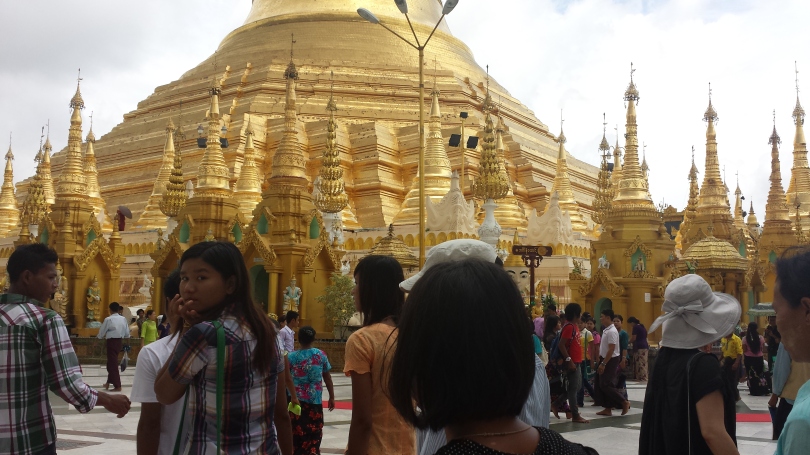