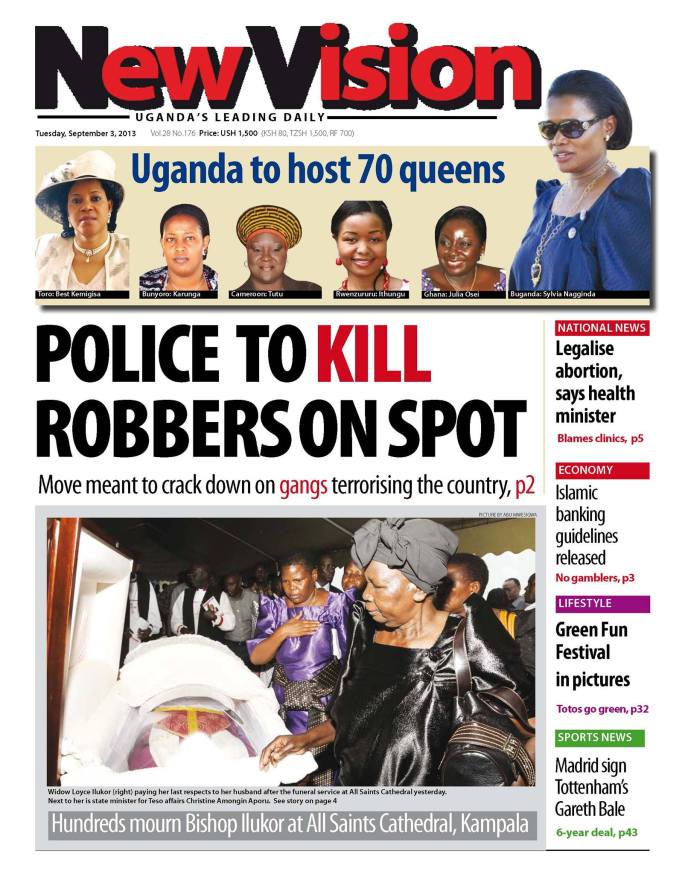 I woke to this headline and I am yet to understand why Uganda Police heads thought Ugandans will buy into this Bull****. You neglect the country for months to surround Besigye and opposition and make sure they don’t set foot where the powers that be don’t want the, crime increases and now you come to tell us don’t worry we will kill all these thieves!!

You have turned the police into an army. You are supporting mob justice and you think it is worth it announcing your planned killings! This is lazy ass policing where you make killing civilians a priority!

My question is how many high end robbers in this country have been killed? If you want to shoot and kill on spot robbers why did we ‘waste’ time prosecuting Kazinda and others?
And what happened to those who cleared our national reserves to fund the 2011 election? I thought it is only fair to shoot and kill on sight if we are to take you seriously! But forget about that moment of madness, Gen. Kayihura should tell us when he assume the powers of the judges and the executioners?

Kayihura and Police want to make Ugandans feel safe but they don’t want to do their work! They want shortcuts and whoever dies along the way will be either a robber or collateral damage worth it for the peace of the country!

Only in a mad house do police announce the plan to shoot and kill suspects because police has never had powers to label anyone a robber! If we are still reading from the same law books that is still the work of the judiciary.

With shoot to kill who knows when you will be turned into a ‘robber’ by whoever wants you out of their way! Such thoughtless statements and operations cannot make Ugandans safe!

5 thoughts on “Uganda Police to embark on killing spree?”